Our regulatory system governing the use of chemicals in food packaging falls far short of ensuring that these chemicals are safe. We know from research studies that chemicals present in food packaging routinely leach into food and enter people’s bodies. In part due to market pressure from BCPP’s Cans Not Cancer Campaign, we’re proud to say that many canned food makers are phasing out their use of bisphenol A (BPA), an endocrine disrupting chemical linked to a host of adverse health effects. Still, many companies aren’t publicly disclosing what they’re using instead of BPA, which leads BCPP to investigate the safety of these alternatives and push for stronger federal regulation of the chemicals used in food packaging.

There is little or no scientific data available attesting to the safety of many of the thousands of chemicals legally approved for use in food packaging. Chemicals linked to breast cancer that are used in food packaging include BPA and other phenols, phthalates, vinyl chloride and styrene. The body rapidly clears BPA, so replacement with safer alternatives would quickly reduce the levels of BPA in people.

BPA is an endocrine disrupting chemical (EDC) used in the lining of many food and beverage cans. Studies show that BPA can leach from the lining of cans into food, and then into people. Data from the U.S. Centers for Disease Control and Prevention (CDC) indicate that 93 percent of Americans have detectable levels of BPA in their urine.

Phthalates are also EDCs that can be found in some plastic food containers. A number of studies have shown that removing BPA and phthalates from food packaging can result in a rapid decrease in the levels of these chemicals in people. A study conducted by BCPP and the Silent Spring Institute found that three days of a fresh food diet resulted in an average decrease of 66% in BPA levels and 50% in phthalate levels.

A 2016 report, “Buyer Beware: Toxic BPA and regrettable substitutes found in the linings of canned food,” written by BCPP in collaboration with leading environmental health and justice organizations, found that 67% of nearly 200 food cans tested contained BPA. The report also revealed the use of a number of troubling BPA alternatives including PVC, which may contain residual levels of the carcinogen vinyl chloride, and styrene acrylates, which can be contaminated with styrene, a mammary carcinogen.

How BPA is regulated, what we’re doing to change that and why it’s concerning.
Read More

Identifying and assessing the safety of BPA alternatives in food cans has proven challenging, largely due to inadequate data requirements by the FDA and highly protected trade secrets.

Growing concern about BPA’s adverse health impacts has increased consumer demand for BPA-free products and packaging. In 2007, as science and consumer pressure increased, manufacturers and retailers began to replace BPA in water bottles and baby bottles with a host of unknown BPA alternatives. In addition, data emerged that BPA was also found in thermal receipt paper. Businesses responded by switching to paper containing bisphenol S (BPS), a chemical with similar endocrine disrupting properties. Analyses of alternatives for both baby bottles and receipt paper revealed concerns about the safety of a number of BPA replacements, many of which have been found to be “regrettable substitutions” – replacement of a toxic chemical with a chemical of equal or greater toxicity.

Similarly, consumer pressure has prompted food can companies to begin to move away from BPA. BCPP and partners conducted research to better understand the BPA alternatives companies are using. We identified five major can coating types being used:

We know very little about the safety of these materials. We are concerned that coatings that contain polystyrene and polyvinyl chloride could leach their constituent chemicals, styrene and vinyl chloride, which are carcinogens. We also know very little about chemicals that are added to the coatings to make them stable and effective can linings. More research needs to be done in these areas.

BCPP has been at the forefront of educating the public and policymakers about the dangers of BPA since 2006. The visibility and pressure created by BCPP and allies through our Cans Not Cancer Campaign, along with emerging science, has brought BPA to the forefront of the federal debate on toxic chemicals and has moved the market away from the use of BPA in baby bottles, sippy cups, infant formula packaging and sports water bottles.
Read more

BCPP participates with our allies in official FDA procedures called ‘Petitions’ to request changes in policy decisions,  as well as lawsuits against the FDA where necessary, to change policies that allow cancer-causing and other harmful chemicals to be used in food packaging and processing equipment. A few examples include: 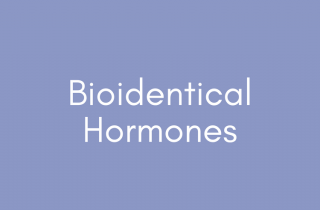 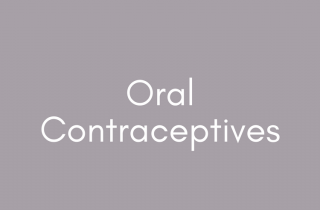 One of the most common medications used by women is also a classified as a human carcinogen, which is further...