The endocrine system is comprised of glands that secrete hormones—chemical substances that travel in the bloodstream to target tissues, where they help to regulate body growth and direct the development and functioning of primary and secondary sexual structures including breasts. Breast development is guided by these naturally-occurring hormones, minuscule amounts of which exert striking effects in breast tissue at the critical stages of prenatal development, puberty and pregnancy. These two features of naturally occurring hormones—that they exert extreme effects in small amounts and that they have the strongest effects at specific developmental stages—also characterize endocrine-disrupting compounds.

In adult women, the breast extends from the collarbone to the lower rips. Each breast has six to eight milk ducts that travel from bulbs within the fatty tissues of the breast (called lobules) to the nipples.

The basic structures of the breast develop early in prenatal development. By the beginning of the second trimester, breast tissue has a rudimentary system of buds and a primitive nipple and by the end of the second trimester is sending growth factors into the tissues.[1] Early in the third trimester, breast tissues have the ability to respond to estrogen.[2] By birth, the nipple is well-developed and the breast responds to maternal hormones. A few months later, breast tissues become responsive to progesterone. This period of fetal development is critical for later healthy development of the mammary tissue.

In puberty, breast cells begin to grow and divide rapidly, in response to specific patterns and doses of the natural estrogen, estradiol. Deep in the breast, the ducts grow into terminal end buds, much like the branches of a tree. These buds further divide and develop into the structures, called lobules, that will eventually produce milk. The branching of the ductal system is impacted by progesterone. Throughout these processes, androgens (including testosterone, which is secreted by the adrenals in females), help to regulate and balance the development of breast tissue.

During pregnancy and lactation, the lobules mature. Milk-producing cells, called acini, increase in number and size. By the end of a pregnancy, the acini are fully mature and ready to produce milk.

Low doses of EDC’s, especially during critical stages of development can increase the risk of adverse health effects including cancers, neurodevelopmental and neurodegenerative diseases, metabolic disorders, asthma and immune disorders.

EDC’s can affect the body by directly interacting with hormone receptors, which are proteins that bind with specific hormones. Normally, naturally occurring hormones communicate in cells this way, in order to orchestrate and coordinate everything from metabolism to sexual development. When outside chemicals bind with the same receptors, they interfere with this normal communication. EDC’s can also interact with other proteins that are very similar to estrogen-receptors, called estrogen-related receptors or ERRs. Estrogen does not bind with ERRs, but some EDCs like bisphenol A (BPA) and diethylstilbestrol (DES) can interact with these proteins. Some EDCs also interact with molecules in the body that regulate cell growth and division, affect the metabolism (break-down) of hormones, and cause epigenetic changes.

A particularly extensive literature supports the hypothesis that early developmental exposures to EDCs[3],[4],[5] including (but not limited to) diethylstilbestrol, bisphenol A, phthalates, atrazine and other pesticides and herbicides, and heavy metals including cadmium can increase risk for later development of breast cancer. 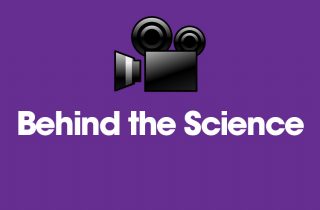 Behind the Science Video Series

This video series explores your most pressing questions concerning breast cancer and the environment. With direct advice from our Science... 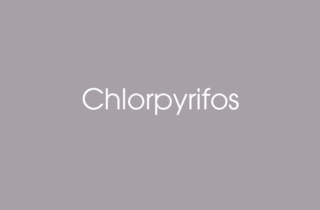 Chlorpyrifos is a pesticide and insecticide widely found on produce and home pest control formulas that is an endocrine disruptor... 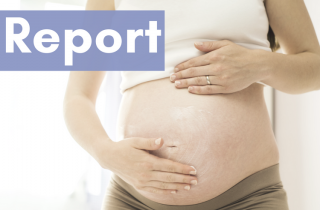 Thanks to public outcry, BPA is no longer used in baby bottles or infant formula containers. But a closer look... 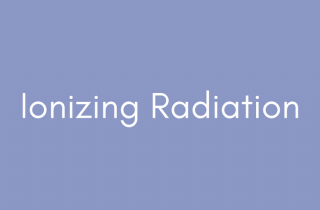 Ionizing radiation is any form of radiation with enough energy to alter an atom, such as X-rays or nuclear energy....