WASHINGTON—Calling chemical policy reform a matter of life and death, today Nancy Buermeyer, senior policy strategist at the Breast Cancer Fund, testified before the Senate that Congress must overhaul current law so that pregnant women, children, workers and other vulnerable populations are protected from toxic chemical exposure.

“It’s so important that Senator Boxer convened this hearing,” said Buermeyer. “It should be an urgent priority for Congress to pass chemical reform that limits exposure to chemicals linked to skyrocketing rates of diseases like breast cancer and that protects the health of the most vulnerable among us.”

The Breast Cancer Fund was invited to testify about the impact of toxic chemical exposure on vulnerable populations, including:

• Women automotive factory workers who are exposed to toxic chemicals from heated plastics. A November 2012 study showed these women can have a five-fold increase in breast cancer risk.
• The over 60 men diagnosed with breast cancer after being exposed to drinking water contaminated with toxic solvents at the U. S. Marine Corps’ Camp Lejeune.
• Young girls who are starting puberty earlier and earlier and, as a result, are now at a higher risk for developing breast cancer later in life.
• Pregnant women exposed to hazardous chemicals such as vinyl chloride through industrial emissions, water, air, consumer products and their work place, can also lead to an increased risk of cancer later in life for their offspring.

In her testimony, Buermeyer emphasized that we know much more today about the way chemical exposures are linked to disease than we did in 1976 when the Toxic Substances Control Act, or TSCA, passed. We now know that the timing of exposure is of particular importance—that early-life and even fetal exposures can increase risk for later-life disease, including breast cancer.

“Congress has a moral imperative to pass legislation that provides the public real protection from dangerous chemicals. Current law does not do this. The recently introduced Chemical Safety Improvement Act does not meet that goal in its current form either,” said Buermeyer. (Read the Breast Cancer Fund’s full statement on the CSIA.) “While we understand that the legislative process always includes give and take, we must not compromise public health. “

The Breast Cancer Fund looks forward to supporting a bill that protects every American, including the most vulnerable among us: pregnant women, children, workers and communities disproportionately impacted by unsafe chemical exposures.

Buermeyer’s written testimony and the video stream from the hearing is available through the Senate Environment and Public Works Committee website.

The Breast Cancer Fund is the leading national organization working to prevent breast cancer by eliminating our exposures to toxic chemicals and radiation linked to the disease. www.breastcancerfund.org

BCPP: Exposing the Cause is the Cure

We're preventing breast cancer before it starts by eliminating our exposure to toxic chemicals and radiation. 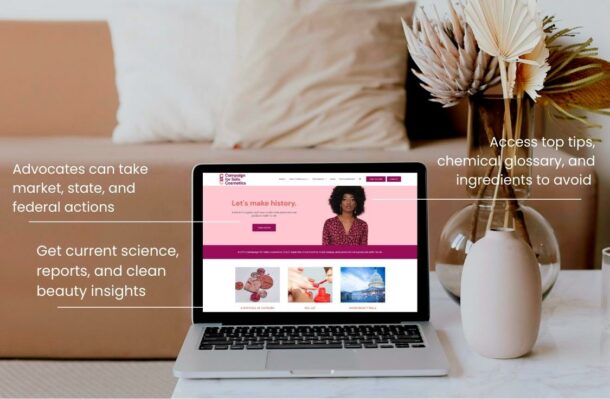 Our new Campaign for Safe Cosmetics website is LIVE!