The Breast Cancer Fund remains in opposition to H.R. 2576, the “Frank R. Lautenberg Chemical Safety for the 21st Century Act,” which was passed by the House on May 24, and yesterday was voted on and passed by the Senate. The bill now heads to President Obama’s desk, where it is certain to be signed.

Despite three years of intense negotiation by chemical industry and other trade lobbyists versus environmental health and justice advocates, socially responsible businesses, and major medical and health associations; this legislation does not meet the promise of federal chemicals management policy capable of fully protecting the public health from unsafe chemical exposures linked to increasing rates of breast cancer and other diseases.

As passed, the legislation fails in the following categories:
 It rolls back the states’ ability to enact legislation to protect their citizens from hazardous chemical exposures.

 It rolls back the EPA’s ability to regulate toxic chemicals in imported consumer goods.

 It potentially limits the EPA’s ability to use the most valid and current science to gauge the safety of chemicals.

 It continues to violate our right-to-know the identity of the chemicals we are exposed to, even when health and safety studies show potential harm from the chemical.

While falling short of its ultimate goal to provide the EPA with the statutory authority it needs to effectively regulate chemicals in commerce, the tremendous advocacy effort by the Breast Cancer Fund and hundreds of other nonprofit environmental health advocacy organizations resulted in a final piece of legislation that does make progress over current law in certain areas, including a health-based safety standard that removes cost as a consideration when determining if a chemical is safe; protections for vulnerable populations; and a mechanism that makes it easier for the EPA to require companies to substantiate the safety of their chemicals. Despite these improvements, the key flaws listed above are core to our opposition.

Enormous effort and resources were committed to making this legislation better. Working with environmental health colleagues, coalition partners and a handful of courageous members of Congress, we made this bill as strong as we could, but still could not accomplish all that was needed to ensure, in the end, that public health will trump chemical industry profit. Negotiating a bill in this Congress that is now
landing on the President’s desk required a high level of compromise that fell short of providing the protection the American public needs and deserves. While Congress may have to compromise, the Breast Cancer Fund and our colleagues and supporters from across the country will not compromise on the principle of fully protecting the public from exposure to toxic chemicals. Moving forward, our commitment is to work with the EPA to amplify the positive aspects of this bill, and continue to advocate for the health protective policies industry successfully defeated. We will also continue to work vigilantly to strengthen other federal chemical management laws to ensure the full and robust protection of public health.

New report by the Breast Cancer Fund shows you should be worried about more than checking your children’s Halloween candy... 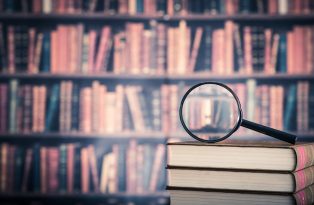 The so-called 'Accurate Labels Act' would strip American consumers of their right to know what’s in the products they buy....
Share This