Johnson & Johnson claims to be committed to racial justice & equity, yet it is pushing its #toxictalc to women of color around the world. Tell J&J to stop this environmental racism.

Talc-based baby powder is linked to ovarian cancer and can even be contaminated with asbestos. J&J knows, yet it refuses to stop selling this potentially dangerous product or even warn consumers about these well-established risks.

On May 19 2020, Johnson & Johnson announced it would discontinue sales of its talc-based J&J Baby Powder in the U.S. and Canada, while allowing existing inventory to be sold down in stores until it runs out. However, the company also said it plans to continue selling the talc-based product globally.

Founded in 1886 in New Brunswick, New Jersey, Johnson & Johnson is one of the largest pharmaceutical, medical device, and consumer packaged goods manufacturers in the world. In 2018, the company generated over 81 billion U.S. dollars of total revenue. Johnson’s Baby Powder represents approximately 0.5% of the total U.S. Consumer Health business.

J&J’s announcement is thought to be driven by both a decline in sales and growing consumer outrage over the asbestos-cancer link given the documented presence of asbestos in some J&J baby powder, by the U.S. Federal Food and Drug Administration and J&J itself.

Talc can become contaminated by asbestos when it is mined because naturally occurring veins of asbestos can run through talc deposits. A Reuters examination of court documents revealed that from at least 1971 to the early 2000s, the company’s raw talc and finished powders sometimes tested positive for asbestos, and that although the company knew about the problem they failed to disclose it to regulators or warn consumers.

Scientists agree that there is no safe level of exposure to asbestos. In the United States alone, there are approximately 22,000 new cases of ovarian cancer and 14,000 deaths due to ovarian cancer each year. A 2016 study of African American women who used powder for feminine hygiene had more than a 40 percent increased risk of cancer. Internal documents produced during J&J litigation revealed the company was aware since the late 1950s that the talc used in its Johnson’s Baby Powder was sometimes contaminated with asbestos, but failed to warn consumers.

As of March 2020, Johnson & Johnson was facing nearly 20,000 lawsuits related to its talc-based baby powder. In late June, a Missouri appellate court awarded a $2.1 billion settlement to plaintiffs who claimed that J&J’s talc-baby powder product caused their ovarian cancer. The courts agreed stating “plaintiffs proved with convincing clarity that defendants engaged in outrageous conduct because of an evil motive or reckless indifference.”

Aggressive Marketing to Women of Color

Since health professionals had already recommended against using talc on infants, a 1986 internal report warned, a “last straw” safety concern could lead consumers to abandon the product altogether. As sales declined, internal J&J documents also show the company began aggressively marketing its talc-based baby powder to African American and Latinx women despite its knowledge of the product’s link to ovarian cancer, distributing free samples in Black churches and advertising on Spanish-language radio.

As early as 1992, the company keyed in on the sales potential with minority women. According to a Reuters News investigation, a J&J memo that year mentions “high usage” rates for Baby Powder of 52 percent among African-Americans and 37.6 percent among Hispanic customers – and notes that women of both groups use the product more than the general population

The health care giant’s decision to halt sales of J&J Talc-based Baby Powder in North America will protect only one small part of the world.

We are calling on J&J to immediately stop sales of its talc-based baby powder globally, and to recall and safely dispose of existing inventory, to protect consumers in every country where it does business from the serious health risks associated with exposure to its potentially asbestos-contaminated talc-based baby powder.

On July 8, a letter was sent by Black Women for Wellness (BWW) to J&J, signed by more than 170 organizations from around the world urging the corporate giant to commit to stop selling their talc-based baby powder globally and to voluntarily recall – and safely dispose of – any existing inventory of their product in order to protect consumers everywhere from the potential, serious adverse health effects presented by asbestos-contaminated talc ranging from ovarian cancer to mesothelioma. J&J responded 3 days with an email that was dismissive, and ignored most of the important issues raised by BWW’s letter.

There are now over 200 NGOs representing 50 countries from throughout the world who have signed onto a second letter sent to J&J by BWW on August 26, 2020 reiterating the global community’s  shared concerns with the talc-asbestos-cancer link and the continued global sales of J&J’s talc-based baby powder.

Talc-based baby powder is linked to ovarian cancer. J&J knows, yet it refuses to stop pushing this dangerous product to Black and Brown women around the world. Tell them to STOP NOW.

MAY 21, 2020 J&J’s surprise move came in response to both a decline in sales and growing consumer outrage over... 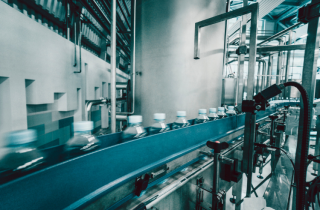