FDA agrees to reconsider safety of BPA in food packaging

Americans are exposed to BPA at levels 5,000 times above safe levels

WASHINGTON—The Food and Drug Administration (FDA) agreed to reconsider the safety of using bisphenol A (BPA) in polycarbonate plastics, metal can coatings, and other materials that contact food, potentially setting the stage for strict new limits on the harmful chemical. FDA’s decision comes in response to a food additive petition filed by a coalition of physicians, scientists and public health and environmental organizations. The law requires that FDA make a final decision by October 31, 2022.

Since we submitted the petition in January, a groundbreaking new study has added to the already compelling new evidence that BPA triggers children’s immune systems. The study of more than 3,000 mothers and their children linked BPA exposure in the womb to higher rates of asthma and wheezing in school-age girls. The research reinforces last year’s unanimous findings by a panel of experts convened by the European Food Safety Authority (EFSA).

“Based on studies not previously considered by FDA, the EFSA Expert Panel found that harmful effects from BPA exposure can occur at levels tens of thousands times lower than previously thought,” said Maricel Maffini, coauthor of the petition who holds a doctorate in biological sciences. “These studies show that extremely low exposures to BPA can lead to an overactive immune system likely producing out-of-control inflammation. This inflammation can then trigger wheezing and asthma-like effects.”

“Most Americans get 5,000 times more BPA in their daily diet than the EFSA expert panel says is safe,” said Tom Neltner, Environmental Defense Fund’s Senior Director, Safer Chemicals. “It is imperative that FDA take action to limit BPA contamination of food. And given the significant risks, industry should not wait for FDA to act. They need to find safer alternatives to BPA or drastically reduce the migration of the chemical into food to protect children from harm.”

Quotes from other petitioners:

“Now that the European Food Safety Authority has found harm at levels vastly lower than our typical daily exposures to Bisphenol A, it’s time for the FDA to take immediate action to protect the public from food-based exposures to this hormonally active chemical that increases our risk of breast cancer, and of other serious health problems,” said Lisette van Vliet, Senior Policy Manager from Breast Cancer Prevention Partners.

“FDA needs to act immediately to get BPA out of plastics that contact food, adhesives, and coatings in order to protect people’s health. Early action to curb BPA use will also prevent ongoing release of BPA into the environment, including into water bodies used as drinking water sources,” said Lynn Thorp, Clean Water Action/Clean Water Fund National Campaigns Director.

“Given this new data pointing to significant health risks associated with exposure to BPA at low levels, it is critical that FDA set a maximum limit of BPA in food that is safe for consumers,” said Michael Hansen, Senior Scientist, Consumer Reports. “The constant exposure consumers have to BPA in food could pose an unacceptable danger and increase the likelihood of serious health problems, such as limiting brain development in children and negatively impacting reproductive health.”

“These findings are extremely concerning and prove the point that even very low levels of BPA exposure can be harmful and lead to issues with reproductive health, breast cancer risk, behavior and metabolism,” said Endocrine Society BPA expert Heather Patisaul, Ph.D., of North Carolina University in Raleigh, N.C. “The FDA needs to acknowledge the science behind endocrine-disrupting chemicals and act accordingly to protect public health.”

“It’s unacceptable that the FDA is allowing Americans to be exposed to BPA at levels over 5,000 times above what’s safe,” said Scott Faber, senior vice president of government affairs for the Environmental Working Group. “The Food and Drug Administration must heed EFSA’s warnings and take immediate and decisive action to lower our exposures to this dangerous chemical.”

“EFSA’s findings expand on our knowledge of BPA including data generated by the NTP-FDA joint CLARITY project. And the results are sobering, indicating that the harmful effects from BPA can occur at minuscule levels, far below what we’re exposed to. The scientific evidence is now more than enough to require strict limits on the use of BPA in packaging and plastics that come in contact with our food,” said Dr. Linda Birnbaum, former director at NIEHS and NTP. 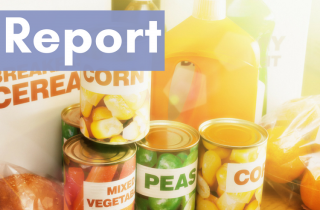