Mother-son team reaches for the top

Originally published on the Acorn April 15, 2021 by John Loesing

Photo by Cobi Crumholtz: At the top of Mount Shasta, Climb Against the Odds climbers fly prayer flags in honor and memory of those affected by breast cancer and other diseases.

Inspiration comes in many forms, and people who are faced with a life-threatening illness often see the world through a different lens.

Given not one, but two cancer diagnoses in the past four years, Westlake Village resident Sarah Reines became inspired to regain her health, push her body to the limit, and climb a tall mountain.

Reines, a resident of Westlake’s First Neighborhood for the past 20 years, received a lymphoma diagnosis in 2017 and a breast cancer diagnosis in 2019. She has treated both illnesses and today says she is “doing well.”

Reines tackled her breast cancer with chemotherapy, radiation and a mastectomy, and credits her recovery to a love for the outdoors and staying in shape through running, hiking and climbing.

She’s run five marathons, including the 2015 L.A. race, and more than two-dozen half-marathons, but her latest challenge will be something she’s never tried before: a summit attempt at Mt. Shasta, California’s second-tallest peak at 14,179 feet. (The less technically challenging Mt. Whitney is 14,505 feet.) 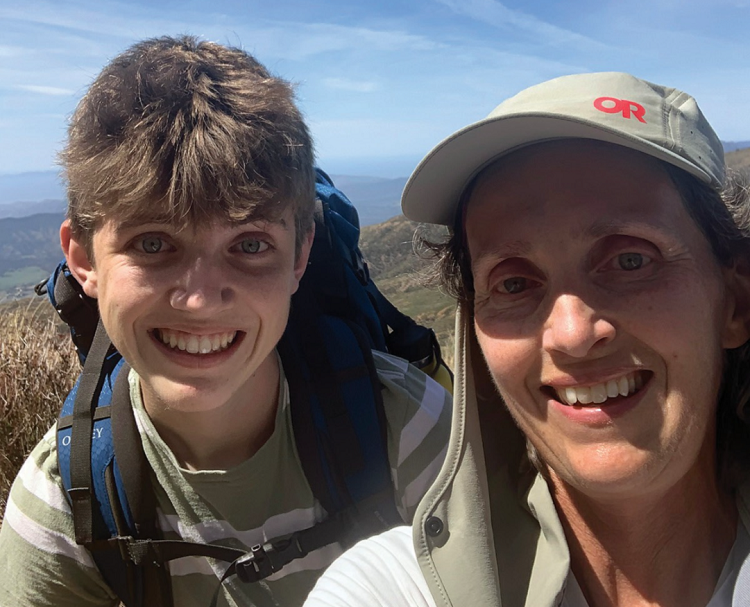 Reines, 48, will climb the northern California mountain with her 16-year-old son Max, an Agoura High School junior, the week of June 14. They’ll be part of a group of almost two-dozen cancer survivors and supporters who are climbing to raise funds and awareness for the nonprofit organization Breast Cancer Prevention Partners, founded in 1992.

The name of the June expedition is Climb Against the Odds. Reines’ goal is to raise $14,179 for the organization, one dollar for every foot of Shasta elevation.

“I’ll be carrying Tibetan prayer flags to the top of the mountain, and each one will be inscribed with the name of someone who has survived cancer or was lost to cancer,” Reines said.

“In the Tibetan tradition, prayer flags fly from housetops, trees and mountain passes—wherever the wind can catch and carry their message of hope,” she said. 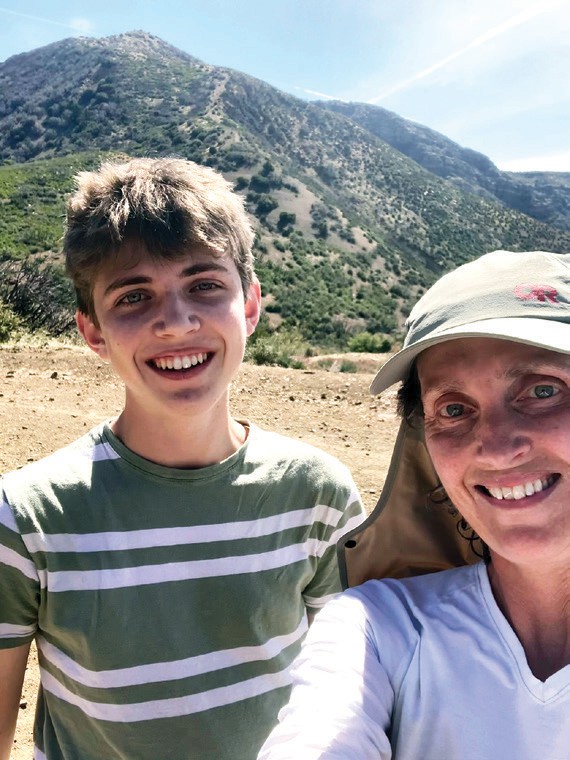 “Max and I will carry these flags, along with a flag to honor my stepdad, John, who died of cancer in 2017.”

Reines, a retired Amgen corporate communications employee, had initially wanted to climb Tanzania’s Mt. Kilimanjaro with her son, but then the breast cancer struck.

“Since my cancer diagnoses, it became unclear if we would be able to achieve that goal that we set out for ourselves,” she said.

As her condition improved, the mother and her son turned their sights instead to the rugged, snow-encrusted Mt. Shasta, and have been training regularly for their June expedition. Workouts feature treks in the local mountains including Boney, Saddle Mountain, Topatopa—and a final tuneup with a 40-pound backpack up the challenging slopes of 10,000- foot Mt. Baldy in Claremont prior to leaving for Shasta.

“This is the biggest thing we’ve ever done,” she said. “I’m really feeling good about how things are going, and I’m really hoping we’ll make it all the way up the top.”

The route on Mt. Shasta takes climbers to a pair of approach camps where they will learn technical skills with ropes, crampons and ice axes. Those who survive a middle-of-the-night summit push will find themselves standing on Shasta’s rocky summit peak sometime after sunrise, when the views turn glorious and emotions run high.

Son Max should be in shape and ready. He’s an avid track and cross country competitor for Agoura High School,

“I like to try new things, and for a long time Mom and I have wanted to climb a mountain together, so I’m excited for Shasta,” Max said.

“After a long year of being at home, it will be fun to have an adventure,” he said.

The two have been training together regularly.

“It’s already been just an awesome experience as we spend time together getting ready for this,” the mom said.

The rest of the Reines family, including Dan, the husband, and the couple’s two daughters—one a fourth-grader at White Oak Elementary School in Westlake and another a freshman at UC Santa Barbara—will wait behind in Shasta City near the base of the mountain while mother and son complete their climb.

“Our family has been through a lot, but this climb gives us something wonderful to focus on now,” Sarah Reines said.

Throughout the years, determined breast cancer survivors have tackled mountains around the globe in their quest to show that the disease can be beat. Mt. Whitney, Mt. Rainier, Mt. Kilimanjaro, even the Himalayas, have been their proving grounds.

Whether climbing a tall mountain or just taking part in a local hope-walk fundraiser, the message is the same: The women do it, they say, because they can. And also to inspire others.

In 1995, a group of 17 breast cancer survivors climbed Mt. Aconcagua in the Argentine Andes— the western hemisphere’s highest mountain at 22,835 feet— and raised some $2 million for Expedition Inspiration, a breast cancer research and awareness organization.

Six attempted the summit and three made it to the top.

The climb inspired a book and a television documentary.

Breast Cancer Prevention Partners is an organization dedicated to preventing breast cancer by eliminating exposure to toxic chemicals and radiation linked to the disease. To support Sarah and Max in their upcoming Climb Against the Odds, visit https://donate.bcpp.org/teamsarahandmax.

Reines said, “When I climb Mt. Shasta in June, I’ll do it in much the same way that I confronted my own breast cancer— one step at a time—drawing upon my courage as I face my fears.”

Check out the full itinerary this year and support our climbers! Email events@bcpp.org with any questions.