A new report released today by six nonprofit organizations that tested nearly 200 food can linings for the toxic chemical, Bisphenol A (BPA) found that two out of three cans tested have the chemical in the lining. BPA is an endocrine-disrupting chemical that negatively impacts our hormonal systems. Evidence suggests it may contribute to a host of harmful health effects including breast and prostate cancer, infertility, type-2 diabetes, obesity, asthma and attention deficit disorder. Other studies have demonstrated the capacity of BPA to migrate into food and then into people, raising concerns about exposures to low, but biologically relevant levels of BPA.

For the first time ever, this report also identified the replacement materials for BPA in can linings, and to what extent – if any — their safety has been studied. Buyer Beware: Toxic BPA & Regrettable Substitutes in the Linings of Canned Food (#BPA #ToxicFoodCans) was conceived and authored by the Breast Cancer Fund; Campaign for Healthier Solutions; Clean Production Action; Ecology Center; Environmental Defence (Canada); and Safer Chemicals, Healthy Families’ Mind the Store campaign. The report identified and analyzed the interior linings and lids of canned foods containing vegetables, fruits, soups, broth, gravy, milks and beans.

The findings were alarming:

 100 percent of Campbell’s products sampled (15 of 15) contained BPA-based epoxy, while the company says they are making significant progress in its transition away from BPA. Upon learning about the upcoming report, Campbell’s announced yesterday they are eliminating BPA in North American cans by mid- 2017. While this is a step in the right direction, report authors state the announcement left out important details that we think would make this truly good news for Campbell’s soup lovers.

 Collectively, 62 percent of private-label, or generic food cans (71 out of 114) from retailers analyzed in the study tested positive for BPA-based epoxy resins, including Albertsons (including Randalls and Safeway), Dollar General, Dollar Tree (including Family D

 BPA was found in the majority of private-label canned goods tested at the two biggest dedicated grocery retailers in the United States: Kroger and Albertsons (Safeway). In private-label cans, 62 percent of the Kroger products sampled (13 out of 21), and 50 percent of the Albertsons products sampled (eight out of 16 from Albertsons, Randalls, Safeway) tested positive for BPA-based epoxy resins.

 BPA was found in private-label cans sold at both Target and Walmart, the largest grocery retailer in the United States. In their private label products, 100 percent of Target cans sampled (five out of five) and 88 percent of Walmart cans sampled (seven out of eight) tested positive for BPA-based epoxy resins.

 Discount retailers (commonly known as “dollar stores”) were among the laggards in transitioning away from BPA in can linings. Testing revealed that 83 percent of Dollar Tree and Family Dollar private-label cans (five out of six) and 64 percent of Dollar General private-label cans (nine out of 14) were coated with BPA-based epoxy resins. This is especially a problem because discount retailers are often the major retail outlet in lowincome communities—which already face higher levels of BPA exposure.

 On the positive side, Amy’s Kitchen, Annie’s Homegrown (recently acquired by General Mills), Hain Celestial Group, and ConAgra have fully transitioned away from BPA and have disclosed the BPA alternatives they’re using. Eden Foods reported eliminating the use of BPA-based epoxy liners in 95 percent of its canned foods and stated that it is actively looking for alternatives. Whole Foods has clearly adopted the strongest policy of the retailers surveyed in the report. Whole Foods reports that store brand buyers are not currently accepting any new canned items with BPA in the lining material.

What about the alternatives?

The report found that retailers and national brands that are phasing out BPA could be replacing it with regrettable substitutes. Identifying the safety of BPA alternatives is challenging, given the insufficient FDA review and approval of packaging additives and highly protected trade secrets in this product sector. However, the report found that:

 Aside from BPA, four major coating types were identified among the 192 cans tested: acrylic resins, oleoresin, polyester resins, and polyvinyl chloride (PVC) copolymers. There were multiple formulations of these compounds found, but no way to determine the specific chemicals used or how they are produced.

 18 percent of retailers’ private-label foods and 36 percent of national brands were lined with a PVC-based copolymer that is made from highly hazardous chemicals including vinyl chloride, a known human carcinogen. PVC is considered a regrettable substitute.

 33 percent of retailers’ private-label foods and 51 percent of national brands were lined with acrylic based polymers. Of the cans tested, 39 percent had a polystyrene-acrylic combination, of concern because styrene is considered a possible carcinogen.

 Much more research is needed to determine the safety of these compounds, and what may be migrating from the “alternative” can linings into food.

The report includes numerous recommendations including:

 National brands, grocery stores, big box retailers and dollar stores should eliminate and safely substitute BPA from all food packaging and label all chemicals used in can liners.

 In conjunction with the report release, advocates have launched a national online campaign calling on Kroger and Campbell’s to eliminate and safely substitute BPA. Congress should adopt comprehensive legislation to reform the FDA’s fatally flawed system for reviewing and approving the safety of packaging material.

 Consumers should choose fresh or frozen foods, or only purchase canned food from manufacturers and retailers that fully disclose the identity and safety of their can linings. Look for food packaged in other materials such as glass and Tetra Pak containers.

Quotes from the report authors:

“Most people in the United States are exposed to BPA every day, largely from food packaging, despite the negative health impacts. It shouldn’t be a buyer beware situation for shoppers every time they set foot in the canned food aisle,” said Janet Nudelman, director of Program and Policy for the Breast Cancer Fund. “Campbell’s and other major national brands need to get BPA out of food can linings and fully disclose the identity and safety of any BPA alternatives they’re using. Consumers deserve protection from the toxic effects of this hormonally active chemical and the likelihood of exposure to unsafe toxic alternatives.”

“Food manufacturers refused to tell us what chemicals were in their cans, so we reverse engineered and tested them ourselves,” said Jeff Gearhart, MS, the Ecology Center’s HealthyStuff.org Research Director. “Since they can’t hide these chemicals from consumers anymore, perhaps they will be more motivated to use safer materials.”

“This new report should be a wake-up call for grocery and big box retailers across the nation,” said Mike Schade, Mind the Store Campaign Director with Safer Chemicals, Healthy Families. “We found 62 percent of Kroger’s cans in the investigation tested positive for BPA. As the largest grocery chain in the country, Kroger should be leading the way by developing a clear public timeframe for phasing out and safely substituting BPA in all of their canned food.”

“BPA-free doesn’t mean a can lining is safe, as the substitute could itself be harmful. That is why we are asking companies to take the GreenScreen Challenge and work with us to demonstrate the chemical safety of their can liners,” said Clean Production Action’s Beverley Thorpe, who helps companies understand the value of the GreenScreen® for Safer Chemicals as an essential tool for replacing toxic chemicals with safe alternatives.

”While some families are fortunate to have access and means to purchase fresh produce, many communities across America have no choice but to buy canned food lined with toxic BPA,” said Jose Bravo, Coordinator of the Campaign for Healthier Solutions. “Some families, live in a food desert where fresh food simply isn’t available, or they can only afford the cheap food sold at dollar stores. These communities, people of color and low-income families are already exposed to toxic chemicals more frequently and at higher levels than the average American. The use of toxic BPA in canned foods means that families will sit down to a double serving of harmful chemicals.”

“The fact that many food cans contain endocrine-disrupting BPA means that Canadians are likely eating food contaminated with the hormone-mimicking chemical,” said Maggie MacDonald, Toxics Program Manager with Environmental Defense. “This is very disconcerting, as Canadians who rely on canned foods in their diets are at continuous risk of developing serious health problems.” 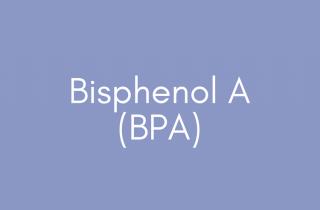 BPA is a synthetic estrogen that can disrupt the hormone system. It is an unstable, lipophilic (fat-seeking) compound that can...

Sen. Markey and Rep. Meng Seek to Strengthen FDA Ability to Ensure Safe Food Packaging with the Introduction of the...

A victory for public health and consumer right-to-know. Once BPA is listed, manufacturers and retailers may have to disclose the...
Share This