Background: Breast cancer is a multifactorial disease: the risks for breast cancer come from a complex web of inter-related factors. For alcohol, there is a well-established body of science that provides clear and strong evidence that consumption increases breast cancer risk. The more one drinks, the higher the risk, and even light drinking increases risk. So, it is critical to have wide public awareness and strong institutional policies that enable effective education and interventions at societal level and individual levels. Unfortunately, public understanding of this strong causal connection is low, and basic warnings on alcohol products about breast cancer is absent.  This is why BCPP joined seven other groups to ask the agency responsible for warning statements on alcoholic beverages to improve the existing warnings.

Washington, D.C. — Today, consumer and public health groups submitted a petition to the U.S. Department of Treasury’s Alcohol and Tobacco Tax and Trade Bureau (TTB), making the case for a warning statement on alcoholic beverages to increase consumer awareness of the link between alcohol and cancer. The petition urges TTB to undertake a congressional reporting process provided for by the Alcoholic Beverage Labeling Act of 1988, with the objective of amending the health warning statement required to appear on all alcoholic beverage labels.

The groups submitting the petition are Alcohol Justice, the American Institute for Cancer Research, the American Society of Clinical Oncology, the American Public Health Association, Breast Cancer Prevention Partners, Consumer Federation of America, Center for Science in the Public Interest, and the U.S. Alcohol Policy Alliance.

Currently, all alcoholic beverage labels must include a warning statement regarding motor vehicle operation and drinking while pregnant. The law requiring that statement, passed in 1988, directs TTB to consult with the Surgeon General and “promptly report” to Congress if “available scientific information” justifies a change in the statement. The petitioners contend that the time has come for TTB to fulfill that reporting duty.

They point to the Surgeon General’s 2016 report documenting the link between alcohol consumption and cancers of the breast, oral cavity, esophagus, larynx, pharynx, liver, and colorectum. “Even one drink per day may increase the risk of breast cancer,” according to the Surgeon General’s report. The Surgeon General’s conclusions are consistent with those of other public health authorities, such as the National Cancer Institute, which points out on its website that “there is a strong scientific consensus that alcohol drinking can cause several types of cancer.”

In light of this consensus, the groups are urging TTB to seek congressional authorization for the following amendment to the current warning statement:

GOVERNMENT WARNING: According to the Surgeon General, consumption of alcoholic beverages can cause cancer, including breast and colon cancers.

Such a warning would save lives, the groups say, in part because most consumers are unaware of the link between alcohol and cancer.

Despite these impacts, however, surveys from both the National Cancer Institute and American Institute for Cancer Research have found that fewer than half of U.S. adults know that alcohol increases cancer risk. This disconnect between alcohol’s contribution to cancer risk, and consumer awareness of that contribution, supports the need for a warning label, according to the petitioners.

Even “light” and “moderate” drinking have been tied to various cancers. Earlier this summer, the Dietary Guidelines Advisory Committee recommended that the 2020 guidelines lower the limit of alcoholic drinks per day for men down to one, in part because of cancer risk.

“The government has the responsibility to give consumers the scientific information they need to make informed decisions about alcohol, just as it does with tobacco,” said Thomas Gremillion, Director of Food Policy at CFA. “Consumers have a right to know that alcohol causes cancer, so they can decide for themselves whether drinking is worth the risk.”

“The lack of public awareness of the strong link between alcohol and cancer is concerning,” said Dr. Peter Lurie, Executive Director at Center for Science in the Public Interest. “A warning label will help correct this information imbalance. We hope the TTB will take action in the interest of consumers.”

“The first step towards solving a problem is recognizing that it exists”, says Dr. Nigel Brockton, Vice President of Research at the American Institute for Cancer Research. “It is clear that alcohol causes cancer but our Awareness Survey shows that too many people are currently unaware of this link. A warning label would raise awareness and save lives.”

“The science is crystal clear: alcohol use poses serious health risks – including cancer,” said Alicia Sparks, PhD, Vice Chair U.S. Alcohol Policy Alliance. “In order for the public to have full awareness of these risks, labeling on alcoholic products must provide complete, transparent, and honest information.”

“Breast cancer will affect one in eight women during their lifetime and is the second most common cancer among women in America,” said Dr. Sharima Rasanayagam, Science Director for Breast Cancer Prevention Partners. “The reality is most women don’t know about the strong evidence that drinking alcohol increases their risk for breast cancer, which is exactly why this petition to the TTB is so critically important. It’s time for the federal government to require warnings that alcohol can cause cancer, including breast cancer.”

Today a coalition of health, consumer and environmental advocacy organizations including BCPP filed a lawsuit in the U.S. Court of... 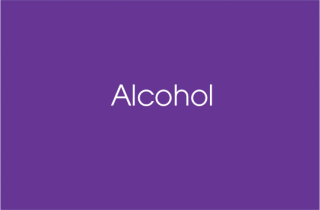 Alcohol consumption increases risk for breast cancer, as demonstrated by a large body of research. The more one drinks, the...