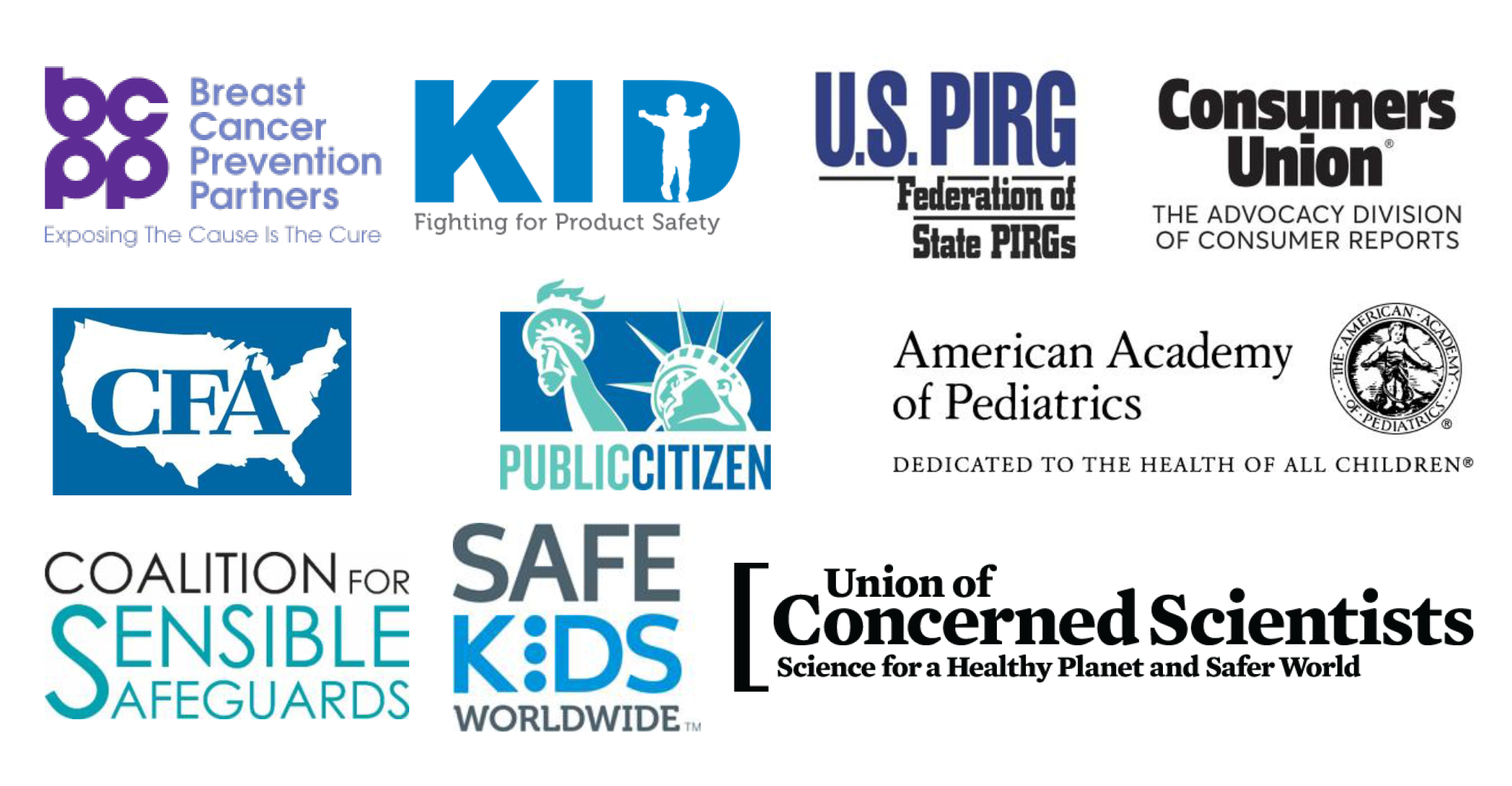 This law was passed in response to a record number of product recalls in 2007, including recalls of:  25 million toys for hazardous lead paint, tiny magnets, or dangerous chemicals; one million cribs for side rails that can separate and strangle infants, and tens of millions of pieces of children’s jewelry made with hazardous levels of lead. These recalls and the hazards that these products posed to consumers highlighted the need for Congress to take action to ensure that cribs were safe, that toxic chemicals were banned from children’s products, and that the U.S. Consumer Product Safety Commission (CPSC) had the tools and resources it needed to fulfill its mission.

On August 14, 2008, the CPSIA was signed into law after a deliberative process and overwhelming bipartisan support in both the U.S. House of Representatives and the U.S. Senate. The law includes strong product safety reforms that revitalized the CPSC.

In the ten years since the CPSIA was passed, there have been significant safety breakthroughs:

On this 10th Anniversary, our organizations are releasing a 10th  Anniversary Album, documenting the important impact that the CPSIA has had on safety in the United Sates.

“The CPSIA represents the most significant strengthening of product safety laws since the U.S. Consumer Product Safety Commission (CPSC) was created. The CPSIA is a critical regulation that comprehensively strengthens our nation’s product safety net and reinvigorates the agency so that it now reflects consumer perceptions and expectations. Consumers, including children, are safer as a result of the CPSIA and its effective implementation,” stated Rachel Weintraub, legislative director and general counsel at Consumer Federation of America. “The CPSC must continue to build on this success and implement more mandatory standards for infant and toddler products, assess meaningful and timely civil penalties, and make Saferproducts.gov an even more effective resource.”

“In the ten years since Danny’s Law was adopted, countless families have been saved heartache because safe cribs and other children’s products are on store shelves,” stated Nancy Cowles, Executive Director of Kids In Danger (KID), founded by Danny’s parents after his death in an unsafe portable crib. “There is more to be done, but the law has had a tremendous impact on our children’s safety.”

“As pediatricians, we work every day to ensure children are safe where they live, learn and play, and counsel parents on how they can protect their children from dangerous products. Since its enactment, the Consumer Product Safety Improvement Act (CPSIA) has made significant progress to advance needed reforms that are designed with children’s safety in mind, such as imposing standards for lead in children’s products. There is no safe level of lead exposure for children, and the law was an important step forward to protect children from its serious health consequences. As we commemorate the law’s tenth anniversary, we reflect on these achievements and look ahead to continued improvements that keep our children healthy and safe,” said American Academy of Pediatrics President Colleen Kraft, MD, MBA, FAAP.

“Making the toy safety standard mandatory means that parents don’t have to play detective looking for lead paint, sharp edges, or dangerous magnets. And for too long parents relied on slow or voluntary recalls from the Commission and manufacturers,” stated Adam Barber, U.S. PIRG Consumer Watchdog. “But since the passage of the Act ten years ago, mandatory toy testing often catches these dangers before they get in a child’s hands. Parents can now have more confidence than ever that their kids’ toys are safe.”

“For the past ten years, the CPSIA has helped to keep unsafe products out of the market and gives the CPSC more tools to hold corporate bad actors accountable if they do not take adequate action to recall unsafe products,” stated Remington A. Gregg, Counsel for Civil Justice and Consumer Rights at Public Citizen. We look forward to continuing to work with the CPSC and Congress on behalf of consumers to ensure that the provisions of this milestone law are implemented well.”

“The CPSIA has helped to restore scientific integrity at the CPSC, providing it with the resources it needed to give scientists at the agency the space to conduct the important work that has led to safeguards protecting consumers and families from dangerous products,” stated Genna Reed, Lead Science and Policy Analyst, Union of Concerned Scientists. “Its implementation has served as a necessary firewall to prevent political interference and hindrances to scientific work that erode the federal decision-making process.”

“The CPSIA ban on the use of eight phthalates in kids toys and articles stands as one of the decades most important consumer health protections for the vulnerable populations with no voice in our nation — children,” said Janet Nudelman, Director of Program and Policy at Breast Cancer Prevention Partners. “The phthalate ban was a resounding victory for children’s health and safety and dealt a major blow to the chemical industry, which spent millions of dollars trying to defeat it and then thwart its implementation. Ten years later, there’s still so much more to be done to protect our kids from unsafe chemical exposures. But today, parents can rest easier knowing that their children’s toys, from rubber duckies to bath books, no longer contain these extremely toxic, hormonally active chemicals.”

Ami Gadhia, senior policy counsel for Consumers Union, the policy and advocacy division of Consumer Reports, said, “Before the CPSIA, most consumers incorrectly assumed that someone was looking out for them and ensuring that the products they bought their children were safe. But too many kids fell victim to unsafe products in their homes. Our children should not be the guinea pigs on whom the safety of a product is tested. The passage of the CPSIA was groundbreaking in that it required independent third-party test before these products are available on store shelves — the best way to prevent unnecessary and costly deaths, injuries, and recalls.”

For 25 years, Breast Cancer Prevention Partners has been the leading science-based policy and advocacy organization working to prevent breast cancer by eliminating our exposure to toxic chemicals and radiation. www.bcpp.org

The Consumer Federation of America is a nonprofit association of nearly 300 consumer groups that, since 1968, has sought to advance the consumer interest through research, advocacy, and education. www.consumerfed.org

Kids In Danger (KID) is a nonprofit organization dedicated to protecting children fighting for product safety. KID was founded in 1998 by the parents of sixteen-month-old Danny Keysar who died in his Chicago childcare home when a portable crib collapsed around his neck. www.KidsInDanger.org

Consumers Union is the policy and advocacy division of Consumer Reports, an expert, independent, nonprofit organization, whose mission is to work for a fair, safe, and just marketplace for all consumers. www.consumersunion.org

The American Academy of Pediatrics is an organization of 60,000 primary care pediatricians, pediatric medical subspecialists and pediatric surgical specialists dedicated to the health, safety and well-being of infants, children, adolescents and young adults. www.aap.org

U.S. PIRG, the federation of state Public Interest Research Groups, is a consumer group that stands up to powerful interests whenever they threaten our health and safety, our financial security, or our right to fully participate in our democratic society. www.uspirg.org

The Union of Concerned Scientists puts rigorous, independent science to work to solve our planet’s most pressing problems. Joining with citizens across the country, we combine technical analysis and effective advocacy to create innovative, practical solutions for a healthy, safe, and sustainable future. www.ucsusa.org

For more than 30 years, Safe Kids Worldwide has advocated to prevent childhood unintentional injury related to dangers on the road, at home and at play. Safe Kids is a grass roots organization with over 420 coalitions throughout the United States and more than 30 around the world. Safe Kids works with allies to protect children from injury and death arising from a defective product. www.safekids.org

The so-called 'Accurate Labels Act' would strip American consumers of their right to know what’s in the products they buy.... 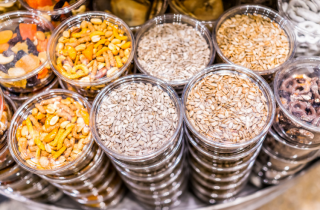 In 2014, BCPP joined an official Food Additive Petition, brought by Natural Resources Defense Council and 6 other NGOs, to...